Viator-e, the digital map of the Roman road network

Determining the impact of these motivations can only be achieved from a detailed and global knowledge of the communications network, its evolution and its operation.

The Viator-e project is designed to analyse the social, political and economic repercussions of the construction of transport infrastructures during several periods in the Roman Empire.

Viator-e will generate a model of Roman transport networks based on innovative methodologies, with the intention of providing a new point of view and new data on the Roman territorial organization, the characteristics of Roman trade and the impact of political decisions on the development of the territories.

Viator-e will provide the most up to date information about Roman roads paths. The aim of this project is to compile and offer the whole Roman road network of the Western provinces.

Viator-e will be the provider of all the digitised road data to create an outstanding online visualiser. Itiner-e is the perfect platform to upload, store and disseminate information about Roman roads.

Viator-e has been conceived as a community project where any researcher can share their data to create the most complete and updated database about Roman roads.

Check out the project website for further information on the on-going project:

The project works with an integrated approach that merges different methodological bases: multi-system analysis (SNA applied to network centrality, TNA to analyse costs and transport times, demography studies, distribution of amphorae and ceramics, statistics, interpolation and algebra of maps) and the study of archaeological and historical sources in different regions and territories. 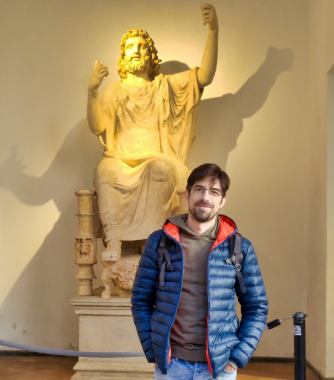 De Soto joined the ICAC in the late 2019 thanks to the call for innovation projects (JIN) from the Spanish Government (Department of Science, Innovation and Universities), which is specifically intended to carry out the Viator-e project.

Western Roman Empire is an excellent case study to analyse the impact of infrastructures due to its geographical dimensions, which can be compared to the current EU.

The analysis of transport networks in different Roman provinces and in different centuries will offer the scientific community new quantitative data on the morphology of infrastructures and their impact on the political and economic evolution of these territories.

It will also help to understand the mobility and distribution of certain products such as amphoras, ceramics, coins, or people in the Western Roman Empire.

The digitization of all the communication roads of the Western Roman Empire will offer a very useful tool for researchers focused on the Roman world, who will be able to find on this map a free and open resource and incorporate it into their own projects.

Viator-e is conceived as a platform that will attempt to bring together all the knowledge about Roman roads to this day. If you have studied any Roman road and want to share your data with Viator-e, do not hesitate to contact us. Your work will be duly identified and credited. You can contact by email:  pdesoto@icac.cat.

“Quantifying the impact of transport infrastructures: network analysis applied to the diachronically study of the Iberian Peninsula (from Roman times to 19th century)”

“A resource development project that will confront a unique challenge in the gazetteer eco-system: a gazetteer of historical roads to support the creation of linked open road datasets” 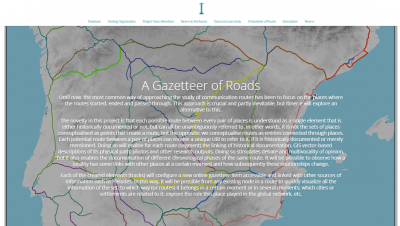