We welcome Simona Perna, an archaeologist with a degree in Classical Culture, as a Marie Skłodowska-Curie researcher at the ICAC. This fellowship (MSCA) is named after the great scientist and double Nobel Prize winner. It is a very prestigious research fellowship programme from the European Commission that promotes mobility and innovative training among researchers at European and international level.

MSCA grants allow researchers to carry out their own research projects and at the same time receive specific training at the host institution. This was one of the reasons for Dr Perna to come to the ICAC, a very dynamic research centre with internationally recognized experts in archaeometry and the study of lithic materials, with the ArPA research group and the Archaeometric Studies Unit.

The research project that Simona Perna is now starting at ICAC names “Technological innovation and knowledge networks. Multidisciplinary approach to Roman Stone vases” and it will be supervised by Dr Anna Gutiérrez Garcia-Moreno, Ramón y Cajal researcher and head of the Archaeometric Studies Unit at the ICAC.

Can you imagine what modern society would be like without the technology we have today? When we talk about technology, we tend to think of devices like smartphones. But there are many different technologies that have evolved with human life and societies; everyday objects and tools that today may seem the most natural thing in the world and that do not catch our attention, have a history of innovation behind them; they were invented at some point and then meant a change in the ways of doing, working and, perhaps, behaving or relating socially.

“My project studies the use of technology in the ancient world; how it developed and what transformations at the social level it entailed.”

Research project Simona Perna is developing at the ICAC has this issue as one of the fundamentals, taking into account that innovation at a technological level always comes with transformations at the social level, at how we act and function as a society. These processes, despite the differences, are constant in human societies.

Specifically, Perna studies the elaboration and uses of Roman vases made of marble and ornamental stones. The craftwork of the stone was based on ancestral traditions, passed down from generation to generation, in what Perna calls “networks of knowledge”. Stone materials were very difficult to work with and the craftsmen in charge were totally specialized, in the techniques of elaboration but also in the instruments, machines and tools they used.

At the same time, having marble vases with ornamental stones gave prestige and popularity to their owners. These pieces were highly sought-after objects and came to develop their own symbolism and usages. When pieces and materials such as alabaster (originally from Egypt) were brought to Rome, local artisans did not know how to work it. With the growth of demand, therefore, not only noble materials but the knowledge and technologies of the artisans who worked them had to be exported.

Technology went hand in hand with trade, mobility and knowledge transfer. The production process of these Roman vases was very complex and the ornamental stones were prestigious, but it remains to be seen to what extent it was a luxury good. This is one of the challenges that Simona Perna poses with her project. She also wants to reconstruct the path of technological innovation behind these pieces and show whether craft production in Rome had its own technology or whether it had a Hellenistic or Egyptian origin.

The methodology with which Simona Perna works combines the study of production but also of social uses and the meanings of stone objects. Her previous experience in studies of funerary urns makes it very interesting to study this particular aspect of prestige and symbolism in marble craftwork.

My research methodology is a combination of what we call ethnoarchaeology; a combination of the theoretical study of an ancient object, with the practical comparison of the techniques of modern and ancient craftwork production centers, as long as we have valid evidence.

The project started with a core sample of pieces that Perna had already located and the idea was to expand the sample volume with pieces from different European museums. With the situation generated by the coronavirus, however, many of these sites have closed or restricted access to their collections, and the possibility of making analytic works on marble samples is very limited. This has forced Perna to redesign the research project and look for alternatives in the study process so that the research does not stop.

Meet Simona Perna and her research project in her welcome speech at the ICAC, next Tuesday, October 20, at 10.30 AM by streaming. 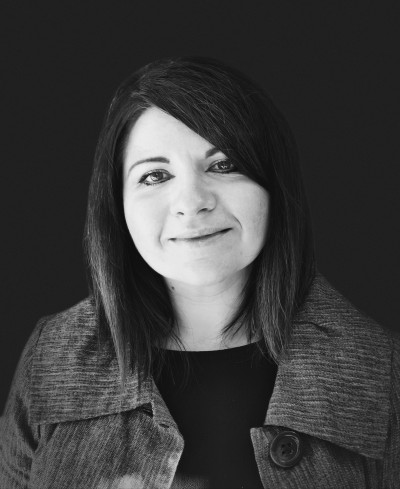 Dr Perna graduated in Classics and Classical Archaeology at the University of Naples Federico II (2005) and completed her PhD in Roman Sculpture at Royal Holloway University of London (2015).

Her research interests include de chaine opératoire and consumption of material culture, particularly of stone artefacts, in antiquity as well as the materiality, semantics and agency of lithic materials in Roman society.

Perna has held several associate lectureships in Classics and Classical Archaeology at numerous British Universities (2006-2011). She has also worked on the “Cyprus Digitization Project” at the British Museum (2010-2011).

Her post-doctoral research includes the project “Alabaster. Quarrying and trade in the Roman World” (2014-2018) with Simon J. Barker, collaborations to several international projects as a marble specialist (2014-present), a number of fellowships at the London Universities of Birkbeck and Royal Holloway and at the Catalan Institute of Classical Archaeology, where she currently holds a Marie Sklodowska Curie Research Fellowship.

Her fieldwork experience includes excavations and surveys in Italy (Pompeii, Herculaneum, Cumae, Orvieto), Greece (Despotiko) and Romania (Apulum and Mahmudia). Dr Perna is currently working on technological innovation and knowledge transfer in the Classical period, an edited volume based on the 2-day workshop on Alabaster she co-organised at the Norwegian Institute in Rome (May 2019) and a monograph on the manufacture and socio-cultural significance of cinerary urns in coloured stone in Roman funerary contexts for publication with Archaeopress (Oxford).