The seventh edition of the LRCW conference – Coarse Wares, Cooking Wares and Amphorae in the Mediterranean: Archeology and Archeometry closed on October 18 and 19 with cultural visits to the sites of “Ancient” Valencia (in Riba-roja de Túria) and the Roman city of Lucentum (Alicante), and to the Archaeological Museum of Alicante (MARQ).

Robert Raga, mayor of Riba-roja de Túria, made the International Conference opening in Riba-roja’s Castle with the participation of more than a hundred of experts from all over the world.

As told during the conference, the singularity of this site has meant that, within the framework of the 2016 ongoing project, the site of «Ancient» Valencia will be one of the protagonists in the exhibition on Visigoth at the Prehistoric Museum of Valencia, which is being preparing as a result of the collaboration with the Museum of Prehistory of the Valencia Regional Council and the archaeologists team working in the site.

According to Cultural Deputy Xavier Rius, “we are convinced that the site of «Ancient» Valencia will provide valuable keys for the understanding of history after the Roman period in Valencia. Archaeologists are showing it to us with their sustained work”. He also addressed his congratulations “to the great work of dissemination and management that the City Council of Riba-roja is doing on Visigoth culture and its spaces.”

Archaeological works were lead by archaeologists Josep Maria Macias, Esperança Huguet, Miquel Rosselló, Francesc Rodríguez and Karen Fortuny, under the coordination of Albert Ribera. Summer 2019 excavations works continued to the area behind the wall, in the western part of the site, where two large silos appeared very close to where another one was found during the 2018 campaign. In its interior different pottery were recovered in very good state of conservation, which have resulted in the best ware collection so far recovered in the field.

In the same area, in previous campaigns, findings of glass manufacturing were also identified. Findings in this southwest area, with a field of silos for storing cereal and clear indications of productive activity, would indicate that the area would be focused on artisanal and economic activities.

Conference sessions took place between October 15 and 18, in the Theology School Saint Vicente Ferrer in Valencia. There were 130 paper presentations, which introduced researches from 17 Mediterranean countries, most of them European but also from Tunisia, Egypt, Turkey and Israel. 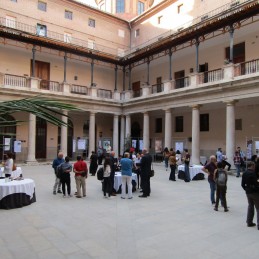 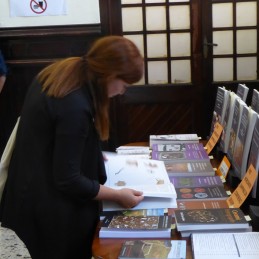 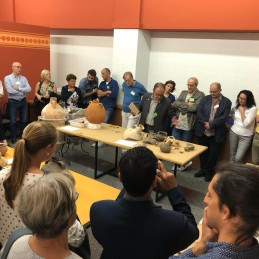 You can see more pictures of the Conference in the Facebook page of the Theology School Saint Vicente Ferrer of Valencia: